Translation Jobs: How to Make Money as a Translator

If you are proficient in more than one language, you have a valuable skill that very few people posses. It is even impressive if the two languages are languages that are widely used in business or academics.

Languages that serve as national or official languages in one or more countries such as English, French, Mandarin, Portuguese, Spanish, Russian, Arabic, Hindi-Urdu, and Japanese offer their speakers great opportunities to work as translators if they are proficient in one other language as well.

You don’t have to have native-level proficiency in a given language to work as a translator. Intermediate proficiency will work just fine. In fact, chasing native level proficiency will have diminishing returns after a certain point as your energies should have been spent chasing revenue generating jobs rather than the small marginal improvements you will be making in your proficiency.

How to Find Translation Jobs

You can work as a translator who translates written texts or spoken speech. Spoken speech can be in video or audio format, or even in real life where you translate what someone is saying in real time to an audience or listener as the speaker speaks.

If you want to translate written texts, audios, or videos, there are several online platforms where you can land great jobs. There aren’t many people who are proficient in more than two languages so the competition won’t be that high especially in North American job boards.

Sites such as UpWork and Freelancer have a consistent stream of clients looking to hire translators for their projects. This is great as you will have an audience of already pre-qualified targets to pitch your skills to.

Most of the people doing the hiring will probably not be proficient in one of the languages concerned. They won’t be able to tell if you are the real deal or not. To make the decision easier for them and to stand out from the crowd, you should take relevant tests and apply for various certifications so it is clear to anyone who views you credentials that you are indeed a competent translator.

You should also actively seek out testimonials from the clients you work with. People will be more willing to work with you if you can show that you have actually delivered impressive results for a previous client.

To achieve some level of independence, you should have your own website where you can advertise your services. To ensure that you are found on Google, you should optimize your website to rank for keywords related to the services you offer.

One on One Translation

You can make a significant amount of money if you are willing to step away from the computer and look for engagements where you can do translations at events, business meetings, and conventions.

Landing these gigs is harder than landing one-off online jobs. Long-term positions can probably be found in foreign companies that are making entries into the local market. Chinese companies, for instance, give preference to people who can speak Mandarin and the local language when they set up shot in any country.

To consistently score high paying gigs in this space, you will need a stronger brand than someone working as an online freelancer. Having your own personal website with your certifications and testimonials is therefore a good place to start. You can also hire the services of an agent who can score great gigs such as translation jobs at conventions. 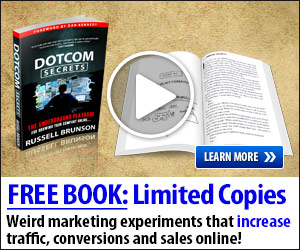 Start making good money choices today so you can have the tomorrow you dream about.   Make it happen!